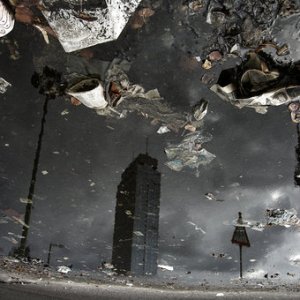 I was thinking about that woman again this morning. I’ve thought about her a lot, actually. I am drawn to her. I can’t help myself. There is something so attractive it is difficult for me not to dwell on her.

When she entered the room everyone noticed. When she stooped down and began washing Jesus’ feet with her tears their tongues began to wag. They knew her – some perhaps better than others. Certainly Jesus knew her. He knew all about her.

She was broken, a woman of the city. They called her a sinner. “How could he let a sinner touch him,” they said. Which is funny – nothing but sinners had ever touched him. After all – even some guy in the Psalms could ask, “If you, O Lord, should mark iniquities, O Lord, who could stand? (Psalm 130:3, ESV).”

People still struggle with this woman because what she did seems to happen more than once. They act surprised. How can this happen more than one time? There are some scholars who get wrapped around the axle – trying to figure out which story is the real story – as if the writers got the details wrong or some such thing.

Actually I’m surprised this sort of thing didn’t happen to Jesus all the time. I’m surprised more men and women didn’t bust open their most prized possessions and pour them out at Jesus’ feet (this woman did and folks did in Acts 2:42-47 as well). I’m more surprised by how seldom people said “thank you Lord!” and how seldom people begged to be with him after he healed, forgave, redeemed them.

But I’m not surprised by the way the “self-righteous” responded to the broken – the sinner. I turn her story over and over in my mind, trying to glean every detail. She walked into the room, a place she was not invited and did not belong. She saw his feet. Perhaps it was that they were dirty. The dirt from the road was no doubt clinging to him. Despite custom and ordinary hospitality, no one had offered water or oil for his feet.

She did. She offered her tears, her hair, and the contents of a precious alabaster jar. Most likely it was all she had to give and she poured herself and her gifts out to him. Those watching were horrified but Jesus was honored. They knew what sort of woman she was. So did Jesus. They called her a sinner. He called her redeemed. She was forgiven much; she was given what they all needed – peace with God, peace within her heart and soul.

In the Bible (and even now) people who are forgiven much and realize it are weird – especially in their devotion to Jesus. They tend to be a bit over the top in their passion for the Lord – in their desire to make his goodness known. They tend to make people who don’t think they need forgiveness – folks who believe they have been “good” enough- uncomfortable.

But then – how should a person act when they have been forgiven much? Much like the woman who couldn’t care less what the “self-righteous” think.

One of the Pharisees asked him to eat with him, and he went into the Pharisee’s house and reclined at the table. 37 And behold, a woman of the city, who was a sinner, when she learned that he was reclining at table in the Pharisee’s house, brought an alabaster flask of ointment, 38 and standing behind him at his feet, weeping, she began to wet his feet with her tears and wiped them with the hair of her head and kissed his feet and anointed them with the ointment. 39 Now when the Pharisee who had invited him saw this, he said to himself, “If this man were a prophet, he would have known who and what sort of woman this is who is touching him, for she is a sinner.” 40 And Jesus answering said to him, “Simon, I have something to say to you.” And he answered, “Say it, Teacher.”

41 “A certain moneylender had two debtors. One owed five hundred denarii, and the other fifty. 42 When they could not pay, he cancelled the debt of both. Now which of them will love him more?” 43 Simon answered, “The one, I suppose, for whom he cancelled the larger debt.” And he said to him, “You have judged rightly.” 44 Then turning toward the woman he said to Simon, “Do you see this woman? I entered your house; you gave me no water for my feet, but she has wet my feet with her tears and wiped them with her hair. 45 You gave me no kiss, but from the time I came in she has not ceased to kiss my feet. 46 You did not anoint my head with oil, but she has anointed my feet with ointment. 47 Therefore I tell you, her sins, which are many, are forgiven—for she loved much. But he who is forgiven little, loves little.” 48 And he said to her, “Your sins are forgiven.” 49 Then those who were at table with him began to say among themselves, “Who is this, who even forgives sins?” 50 And he said to the woman, “Your faith has saved you; go in peace.”

3 thoughts on “Reflections on a Woman”