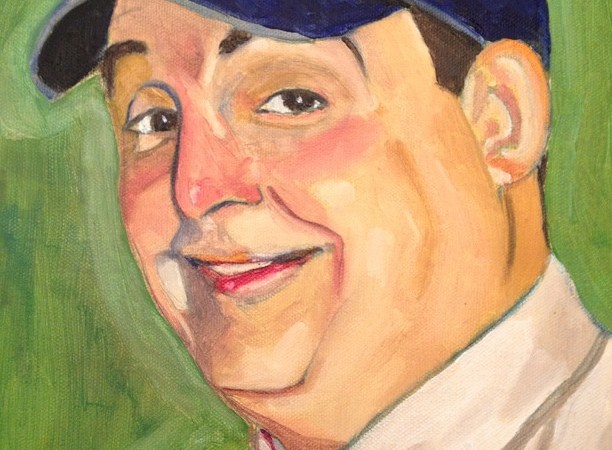 Today is my birthday and as a gift to myself, I woke up at 4:00 a.m. No – not on purpose. I’ve just arrived at the age where sleep alludes me often – and so – like pretty much any other day – I was awake at 4 and it happens to be my birthday. But waking up that early affords me an opportunity to do more of what I love to do – read – and – without trying to sound overly pious – I usually read about King David when I’m up that early.

I cannot give you a deep theological reason for reading about King David. I simply love the stories of his life and I love the fact that he was a mess of a person and yet the Bible says he was a man after God’s own heart. That gives me hope because anyone who knows me – knows I am a mess and yet I have placed my trust and hope in Jesus – in much the same was as David trusted in God the Father.

So, this morning was no exception; I found myself reading about King David in 1 Chronicles 13-16. That’s the part of David’s life where he is on an upward trajectory. In fact, things are going so well that he decides – along with other leaders – to call everyone together and to bring the Ark of the Covenant to Jerusalem.

After a costly mistake with the Ark of the Covenant, a mistake that stemmed from people – including David – not paying attention to God’s commands – David and the whole assembly arrived in Jerusalem. It was there that David and the people began to worship and celebrate. As part of that celebration and time of worship, David appointed that “thanksgiving be sung to the Lord by Asaph and his brothers” (1 Chron 16:7). And the song that they sang, which is also linked to Psalm 105, caught my attention because it raises an important issue – which I think speaks to our generation loudly.

David appointed a song to be sung that says, “Oh give thanks to the LORD; call upon his name; make known his deeds among the peoples! [9] Sing to him, sing praises to him; tell of all his wondrous works…Remember the wondrous works that he has done, his miracles and the judgments he uttered…” (1 Chronicles 16:8–13 ESV).

Now let me ask you a question. If today – somehow – it would become necessary – if a mandate was issued to you and anyone else who professes faith in Jesus – who professes to be a follower of Christ to “make known his deeds among the peoples – to tell of all his wondrous works” what would you say? And – what if Sunday School answers weren’t allowed?

You know what I mean by Sunday School answers? They are the sort of answers that throw a broad, large net over things rather than specifics. For instance, someone might be tempted to simply say “one of his wonderous works was that He died for me to save me from my sin.” And, while that may be true and truly wonderous, that’s still a Sunday School answer. No, I’m asking to go deeper, personal because I think that’s something that’s missing from the Christian community and it has in impact on the world.

If you’ve ever read the Psalms you have no doubt come across texts that talk directly of how God has done wonderous things and the Psalmists got specific. David often wrote about times when God delivered him from his enemies. There are times in the Psalms when they recounted how God provided food and water. There are times when the Psalms speak to how God raised up their hearts and souls from despair. And it is all there for us to see. And it was all there for the world to see as well. In other words, they didn’t hide the wonderous deeds of God; they made them known and they were known for their faith in God – because they made it known.

But today, I fear that God’s people aren’t as specific about the wondrous deeds of God because, well, maybe we are too much a product of the enlightenment – too rational – too dependent on technology – too concerned with being sophisticated. However, there is something to what David is saying to the people about giving God thanks and making known his wondrous works. It bears testimony to a world that needs to know that the miraculous is possible because God is at work in the world in and through His people. I think one of the reasons why the church may be struggling to be relevant, is that we are trying too hard to fit in rather than trying to promote all that God has done and promises to do. We are known for alot of other things rather than known because we promote the wondrous things that God has done.

We promote our social services, our views, our programs more often than we promote all that God had done.

And so, this day, I leave you with a question. If you were asked to tell of God’s wonderous works in your life and in the life of your family – in your church – what would you say? And again, no Sunday School answers.

One thought on “No Sunday School Answers Allowed”