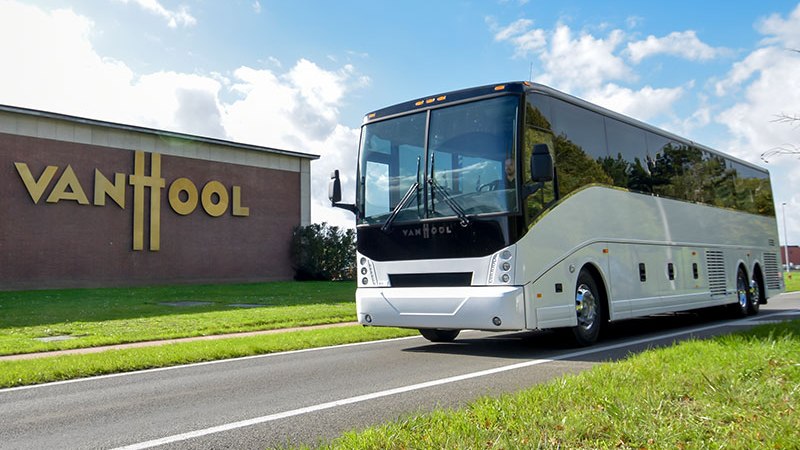 This morning, like most mornings, I grabbed a cup of coffee and the paper. My routine is fairly, well, routine. I start with the front page and work my way through, slowly so as not to miss anything. I like reading articles closely because sometimes I get the chance to read between the lines.

So, there I was this morning perusing the Bristol Herald Courier (a paper I hope to contribute to again once I’ve won the election in August) when I spied with my little eye a brief mention of something happening in Tennessee. Frankly, it was a small blip of a post – not long at all. Simply put, Belgian Bus maker Van Hool is building a facility in Tennessee – the first manufacturing plant in the US in its 71 years of operating. Van Hool is going to invest $47 million and employ around 640. And guess where in Tennessee: Morristown, TN.

My wife and I used to live in Morristown and my sister and her family still do. Frankly, I’m happy for Morristown – and happy for East Tennessee. As I read the brief announcement, however, something struck me – something which allowed me to read between the lines a little bit.

Do you know why this company chose to locate their company in Morristown? Granted, I’m sure there were other reasons and incentives – but according to BHC (as well as the U.S. News and World Report) it is because Morristown boasts both technical schools and a skilled worked-force. In fact, CEO Filip Van Hool is quoted as saying “the presence of ‘highly-regarded technical schools and well-trained workers in Hamblen County’ helped convince the company to make the largest investment outside Belgium in its 71-year history” (U.S. News and World Report).

There seems to be a recurring theme in what Van Hool said. It wasn’t that long ago that Amazon announced they were looking for a second location. It is clear to anyone paying attention that landing Amazon would be a tremendous economic boon to a community. However, Amazon’s announcement came with a list of criteria so that cities would know if they would even be considered. You guessed it. Amazon is looking for the same sort of things Van Hool found in Hamblen County: technically trained – educated – skilled workforce.

It seems clear to me that the way forward for Sullivan County – for Bristol – for Kingsport is to be a place known for our well-prepared, technically trained, superbly educated, skilled workforce. That means of course that we may need to step away from doing the same thing the same way with the same people. It’ll mean investing our resources for the long-term and doing what it takes to develop the next generation. It’ll also mean thinking things through and planning together rather than remaining fixed, isolated communities. It will also mean letting go of some long-time practices and even saying goodbye to some people and attitudes that have held our community back.

Maybe – just maybe – the next brief blip will be in the Citizen Tribune (Hamblen County paper) and it will report that a manufacturer is investing millions in Sullivan County. Here’s hoping!